Symmetrical components of a poly-phase electrical power system are used to decide permissible imbalance in three phase power. This script shows how we can find these components using GNU Octave.

Symmetrical components of a poly-phase system tell us how balanced the supply or load is. Balanced systems are easier to analyze, less prone to power faults, generate lesser harmonics and in general can be described to be of better “quality”.

In practice however, due to uneven distribution of load and transmission losses, the system is never perfectly balanced. By using the theory, I wrote a GNU-Octave script which calculates and shows the three components on the output plot.

GNU Octave 4.2.1 is the latest stable release. One special feature of this release is GUI boxes for inputs and other dialogs. I am using these features in the script. 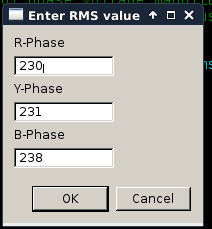 The input dialog box asks to give the rms values of input phase voltages of the three phase system.

The script symcomp analyzes the values and calculates the symmetrical components. Also note how the main script (symcomp) calls another script (rmsinput.m). 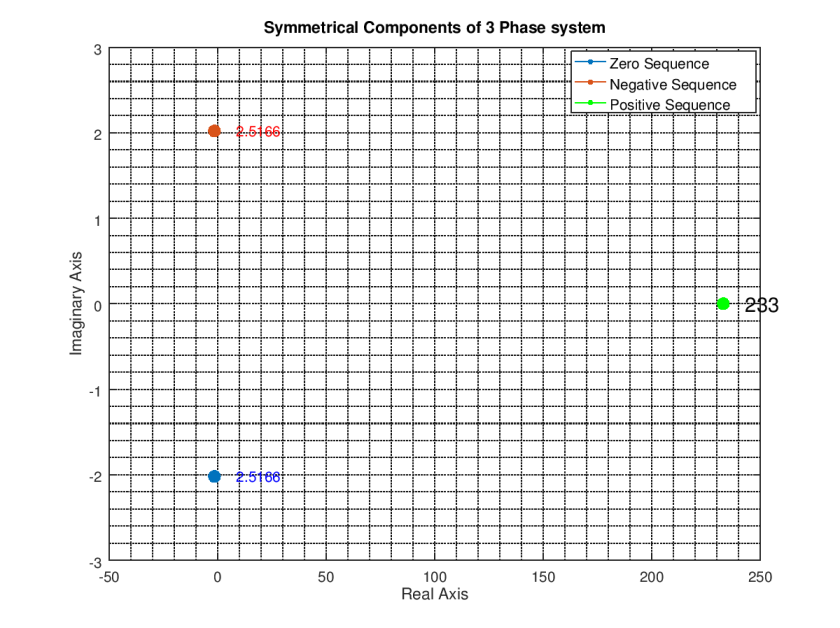 The above plot shows values of symmetrical components on an argand diagram.

I intentionally plot the components using argand diagram, to show that the values are complex numbers.